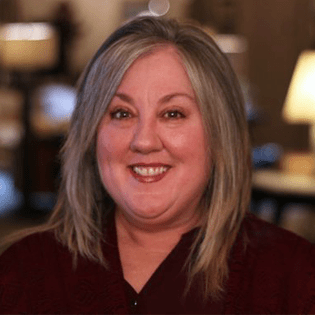 I can write songs that can impact my sphere of influence for God and I will do so. However, if I will train an army of Kingdom pens to do the same, the multiplication effect for the spread of the gospel through music could be exponential.  — JLR

Jennie Lee Riddle is a passionate songwriter, conference speaker, team trainer and worship servant. She is the founder and operator of PEOPLE & SONGS and THE EMERGING SOUND, and co-owner of www.analyzemysong.com.  Jennie is perhaps best known for authoring Phillips, Craig and Dean’s #1 hit single “Revelation Song” that she wrote in 1999 and was first recorded by Kari Jobe in 2003.  The Lord used that song to uncover her songwriting talent. As a result, She has been honored as a seven-time Dove Award nominee and three-time Dove award winner, top 10 CCLI songwriter, multiple BMI award winner for top 25 radio, and two-time gold certified songwriter. Jennie has also co-authored several title cuts and singles that are favorites, like  “When The Stars Burn Down.” by Philips, Craig and Dean, “Psalm 46 (Lord of Hosts) by Shane & Shane; “Hope of the Broken World” and “More and More of You” and “I Got Saved” by Selah; “Mystery of Faith” by Glen Packiam; “One True God” by NewSong; “It Is Finished” by Matt Papa; “The One That Really Matters” recorded by Dustin Smith as well as Michael W Smith and Kari Jobe; “I Stand Before Almighty God Alone” recorded with Worship Mob; and others to name a few.  Numerous other artists have covered Jennie’s songs, including Newsboys; Chris Tomlin; Phil Wickham; Jesus Culture; Travis Cotrell; Superchick; Rebecca St. James; JJ Heller; Jared Anderson; Guy Penrod; Sandi Patty; Meredith Andrews; Travis Ryan; Michael English; Corey Voss; Crystal Yates; Micah Tyler; Charity Gayle and many others.

Jennie’s songs have been carried by the largest Christian tours including Passion and Winter Jam and are sung by churches both large and small in most every denomination throughout the world.

With that said, her passion is and always has been teaching and training others. She states, “I can write songs that may impact my sphere of influence for God and I will do so. However, if I will train other Kingdom pens to do the same, the multiplication effect for the spread of the gospel through music via my life could be exponential.”  This single focus has fueled her endeavors and is the impetus behind the ministry of People & Songs. The ministry of The Emerging Sound, and AnalyzeMySong spring from this stream – both of which have been honored by Worship Leader Magazine as “Best Of.”

The latest endeavor is the move of the entire ministry to La Porte Indiana to serve the community along with a 30K household full of Emerging Sound missionaries in training. Together they give their time to the local body of believers by serving the ministerial alliance and city government.  She says that she hasn’t named it yet, but for now they call it TES40week. This program run by Jennie and her husband Darrin is an expansion and formalization of the hospitality and discipling ministry they have enjoyed together for over 27 years.

Jennie’s strong calling towards mentoring leaders fostering Kingdom culture, and growing communities of creatives has led her to hold key roles in programs such as GMA’s Experience Immerse, The Linger Conference, Experience Conference and others.

She is regularly found in classrooms of all sizes around the US in hopes of inspiring creatives. She travels throughout churches in the United States, Europe, and Asia with fellow writers, artists, speakers, and those she mentors.

Darrin and Jennie have been best friends and married since 1988 and have raised four children, now, all grown adults.