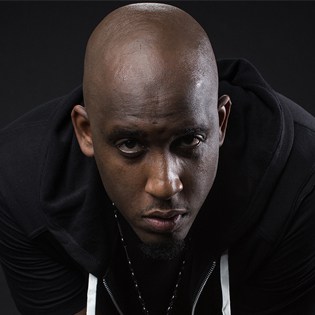 Originally from Michigan, Derek Minor moved to Tennessee when he was six. His father was a jazz guitarist and his mother sang in the church choir, but neither musical genre appealed to him. When he found a DJ Quik cassette at his cousin’s house, though, Derek Minor’s life was transformed. He knew he wanted to rap.

From there, Derek Minor became enamored with the work of Bone Thugs-n-Harmony and 2Pac, as well as Tennessee rappers Pistol, Quanie Cash, Three 6 Mafia, Playa Fly and Gangsta Blac, among others. But after signing a contract with an independent label and releasing material there, Derek Minor lost his grandfather, grandmother and godmother in quick succession. He then surrendered his life to God and left a life where money and women were his focus.

Derek Minor called himself Pro, short for Prodigal, and formed the Reflection Music Group with his friend Doc Watson. After releasing his The Black Out album in 2008, he met Lecrae and BJ, both of whom challenged him to become a more complete Christian artist. His subsequent material, including the albums Redemption (2010) and Dying To Live (2011), found Pro figuring out what type of artist he wanted to be.

An Achilles injury in 2012 gave Pro time to reflect on his music, his life and his brand. Realizing that Pro was too common a moniker, the man born Derek Johnson decided to change his stage name to Derek Minor, since “Minor” is similar to “Junior,” which Derek is. “It’s liberating because I feel like I’m starting over, like I have a brand new career,” says Derek Minor, whose material is now released in conjunction with Reach Records, also home to Lecrae. “That’s really fun because I can really shape who I’m going to be from here on out. It’s a name I feel like I can grow with forever and do music, as opposed to Pro, which felt a little juvenile to me.