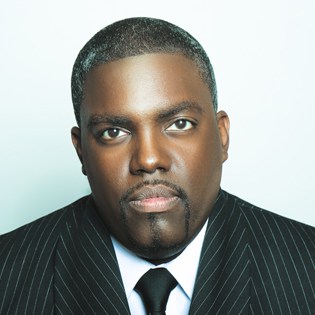 “The sound” is often more than just harmonies and melodies, it can be our vehicle to worship and is a way to hear God’s Word and His message. Divinely inspired, God-given sounds are what fill SOUNDS OF REVIVAL and it is His messenger, GRAMMY®-nominated singer/songwriter William McDowell, who brings forth a sound that uplifts and pushes us into a renewed closeness to God.

It is hard to call SOUNDS OF REVIVAL simply an album.  It is a complete body of work that, even at first listen, becomes more of a genuine worship experience than a simple recording.  There are no traditional song breaks; instead, listeners find themselves freely flowing from moment to moment.  William’s live recording at Bethany Church in Baton Rouge, LA was expertly captured for this release. And truly the listener is taken right back to a warm June night in Louisiana where expressions, sounds and moments of authentic and pure worship abounded.

SOUNDS OF REVIVAL is a clarion call for this generation of worshippers.  A musical call to recovery and renewal in our personal spiritual lives that will eventually lead to a worldwide movement towards spiritual renewal. “Personal revival must happen in order for us to see a global revival,” McDowell said. And while there is a certain seriousness in pushing forward the spiritual renewal of God’s people, especially in today’s changing times, McDowell is aware of the importance of this message.

“There is a certain prophetic sense in the atmosphere (and in every nation) that God intends to release to this generation if we cry out for it,” William explained. “I feel like we are at a tipping point and there is a cry for it in this nation … certainly a need for it. What ‘SOUNDS OF REVIVAL’ is, is both prophetic to make an announcement, but also something to stir the desire for a deeper intimacy with God.”

William describes his personal approach to this album, and to the music in general, as a direct response to all that God has done. “Our level of worship is directly tied to our revelation of HIM and what He’s done,” he says. “The more aware we are of what He’s done, the more we worship.  That is how it never gets old. He is constantly unfolding His goodness and His grace.”

This is McDowell’s fourth album and there are definitely fresh elements.  It is clear the project is distinct from past releases. William brings forward his growing cadre of background singers and musicians into the spotlight.

He has definitely taken on a new “mentor” role with his talented crew, which includes José Garrafa, Trinity Anderson, Taylor Poole, Julia McMillan and Daniel Johnson.  The sounds of these collaborations are successfully heard on “Reveal,” led by Garrafa; “Heaven’s Open,” with Johnson and the current radio single led by Trinity Anderson “Spirit Break Out.”

“I am embracing the assignment to bring up a new generation of worshippers,” says William. “They are all incredibly gifted and talented, and we are all leading together. I was intentional about featuring them.”

There are also a variety of musical sounds here, including the Afro-Caribbean flavored song “It Is So,” featuring Travis Greene and the intense and powerful “Heaven’s Open,” led by Daniel Johnson. The trifecta of “Send The Rain,” “Heaven’s Open,” and an unintentional reprise turned stand-alone song, “Rain Only Matters,” perfectly and beautifully encapsulate the overarching theme of revival in a way that can only be described as awesome.

Meant to build and encourage spiritual revitalization, SOUNDS OF REVIVAL serves as the driver for an environment of personal and corporate worship. The purity of intention and the ingenuity in the songwriting invites listeners to not only hear the music, but actually experience the moments.

“SOUNDS OF REVIVAL is meant to be a catalyst to stir the desire of revival in the hearts of God’s people,” says McDowell. “We know that the earth is in desperate need of revival and I pray that this experience awakens something in our hearts!”