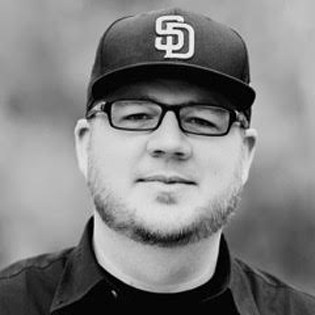 Timothy J. Trudeau began his professional journey in the music business in 1997. Since then, he has become a GRAMMY-nominated producer, Stellar-nominated designer and Dove-nominated label head. He has used his experience as an artist signed to a label, a label with signed artists, a distributor with signed labels to build Syntax Creative, a company that boasts the worldwide rights to over 50,000 songs through deals with Central South, Crossroads Music Group, Daywind Records, Mountain Fever Records and Pinecastle Records, among others. He has directly negotiated deals with some of the largest companies in the world for Syntax — Apple, Microsoft, Google and Amazon.

Trudeau’s ability to adapt and predict trends has led to him being cited in the Washington Post, ABC News, US News & World Report, Business Insider, Billboard, Yahoo News, American Express Open Forum and NPR. As a sought-after thought leader, he has spoken at conferences such as Music Biz, Americana Music Festival, Urban Network, Immerse, Flavor Fest, Legacy Conference, San Diego Music Thing and All Eyes On Me.