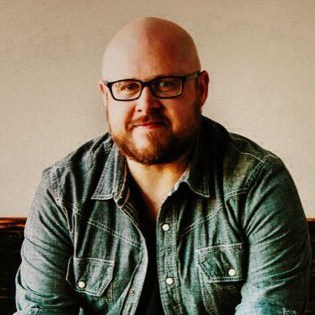 Michael Farren is a GRAMMY Award nominated and ASCAP and Dove Award winning songwriter, producer and recording artist. His songs include “Trust In You” (Lauren Daigle), “I Am Blessed” (Karen Peck & New River), “Say Amen” (Finding Favour), “Every Time I Breathe” (Big Daddy Weave), “Let It Rain” (Michael W. Smith), “Sing It Now” (Reba McEntire) and “Let The Worshipers Arise” (Phillips Craig & Dean). His songs have also been recorded by Natalie Grant, Aaron Shust and Jaci Velasquez. Michael, who is the worship pastor for Gateway Church in Franklin, Tennessee, is a member of the Kingdom Songs collective and he is a founding member and former frontman for the worship band Pocket Full of Rocks. Michael released his first solo single, “Fighting For Us,” in March 2018 and is set to release his first solo project with Fighting For Us, a full-length album due later this year.