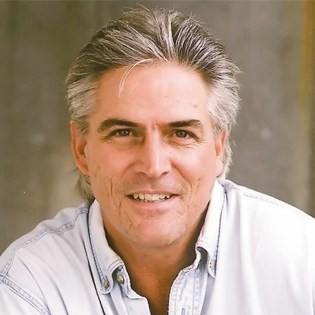 A native North Carolinian, Mark received a Batchelor of Arts degree from Catawba College with a double major in Theatre Arts and Speech Communication. In the early 1980’s, having performed as an actor and director in many productions in High school and College, Mark chose to step behind the camera to work with producers and directors in finding the acting talent that they needed to successfully produce films and commercials on location in the Southeastern U.S.A.

Now, a veteran casting director of 35 years, Mark owns, along with his brother Craig, Fincannon and Associates, Inc. a motion picture casting company started by the brothers in Charlotte, North Carolina in 1979. He is also the President of Luminarium Pictures, LLC a film production company with several films in development. The brothers moved their company to Wilmington, NC in 1983 to accommodate the casting needs for the newly merging Screen Gems studios began by legendary film producers Dino De Laurentiis and Frank Capra, Jr. Mark most recently moved to Atlanta to oversee the affairs of their office here.

Mark and his company have worked with legend directors such as Steven Spielberg, Taylor Hackford, William Friedkin, David Lynch, and George Lucas to name a few. They have been responsible for casting 200 feature films, 100 television movie of the weeks, 15 television mini – series and hundreds of hours of television series.

Mark is a member of the Academy of Television of Arts & Sciences after winning an Emmy for his work on Tom Hank’s H.B.O. series “FROM THE EARTH TO THE MOON”. His most recent film was “MIRACLES FROM HEAVEN” starring Jennifer Garner. A few of the successful television series that Mark has cast are “DAWSON’S CREEK”, “ONE TREE HILL”, “NASHVILLE”, “DROP DEAD DIVA”, and “DEVIOUS MAIDS”. His greatest challenge to date was from his recent work on “END OF THE SPEAR”, the historical film about the Woadani Indians of Ecuador who

savagely murdered 5 missionaries in the early 1950’s. He successfully discovered, cast and trained indigenous Indians from Panama to portray the Woadani Indians.

Away from the office Mark has been involved in several organizations which include New Life Ministries (a performing arts ministry out of Cary, NC serving orphans in Eastern Europe), The Fellowship of Christian Athletes, Media Fellowship International, and the Save Our Kids Outreach. Mark and his wife, Sharon, live in Fayetteville, Georgia and have 4 daughters, 4 son-in-laws, 3 grandson’s, and a granddaughter on the way!