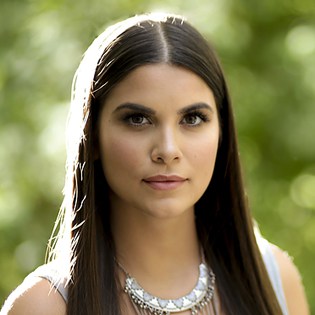 Kolby’s growth as a songwriter and artist began to shoot up while working with producer Drew Ramsey and a litany of accomplished co-writers. She quickly began to find her voice, not only as a performer but as an idea generator as well.

The result is a five-song EP featuring elegant, heartfelt songs designed not only to showcase Kolby’s evolving vocal style — think a dash of Adele mixed with Natalie Merchant and a bit of Edie Brickell — but also to highlight her desire to communicate both faith and familiarity to a generation with so many options, both good and bad, in front of them every day.

“I want them to hear that it’s my heart being laid out to them within the songs, and hopefully they can relate to it more that way,” Kolby says. “’Grow’ is a song I wrote about people I was around who started getting into drugs and alcohol. I tried for a long time to stick around to try and be an encouragement, but there comes a time when you realize that all you can do is plant a seed in someone’s life and have to walk away for your own sake if they’re bringing you down more than you’re bringing them up.”

Merge these with the simple soulfulness of “Heaven Help Me,” the jaunty faith declaration found on “That’s Enough,” and the fresh-as-a-springtime-drive-through-the-countryside affirmation of “I Still Believe,” and we find a young woman who’s already been through a lot in life talking to peers of all ages, and reminding them of the joy and power found in belief.

“I’ve always wanted my music to be real. I want it to be my words,” Kolby notes. “Some of it’s going to be more worship-like, sometimes I’m going to want to write about a guy who broke my heart. If somebody listens to it and God uses my experience to encourage them in their life, that would be my goal in sharing.”

Kolby Koloff has found creativity as the source of sun, rain, and shelter in her life. Now it’s time for her to emerge and share that growth with the rest of the world.