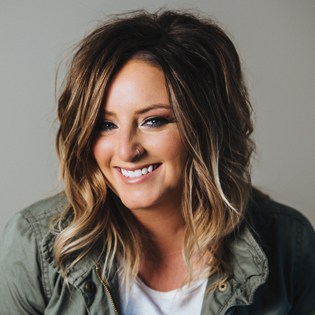 From a young age Kendra was drawn to the entertainment industry—but not in the way you might think. She wasn’t interested in standing before an audience, writing inspirational lyrics, or becoming famous.

Her calling was more personal. Her desire, to influence the industry. Her mission, to shake up the culture. Her message, that no one is disposable. Her position, behind the scenes, building teams, supporting artists, and overseeing details large and small for the singular purpose of creating an atmosphere where people would be able to encounter the presence of God.

Kendra refined her skills while she was working in the corporate world. For five years she sat under successful and influential leaders learning how to strategize, coach teams, develop people, set and achieve goals, and administrate as a disciplined and principled manager.  The next two years found Kendra on staff at her local church, where she developed a two-year intern program through Logos Christian College that shaped a generation of spiritually hungry students.

Kendra’s preparation continued by working for a production company where she learned the inner working of the industry she was destined to influence. Fulfilling whatever was placed in front of her, she gained valuable knowledge in the areas of promoting and managing large-scale touring.

Kendra has had the privilege of working as part of the tour management for Winter Jam, as well as other tours. With 10+ buses, and extensive stage production, Winter Jam is the largest (first quarter) tour in the United States. According to Pollstar, more than 700,000 fans attend Winter Jam and 40 to 50 arenas are sold out each year. Currently, Kendra works as Tour Manager for Kari Jobe, and handles her day-to-day management.

Kendra’s approach is unique to the industry. She has extensive experience as a road manager and tour manager, staffing and building road teams, managing tour offices, and coordinating with national and international venues. She is also adept at supervising the rigging, lighting, and audio aspects of live stage production.  Whether working with stage hands, union staff, or established artists, Kendra understands the importance of leading with grace, skillfully positioning people and creating an atmosphere that brings people to a place where they can experience God.

Kendra and her husband Marc are based in Nashville and have recently founded Red Barn, Inc. (RedBarnNashville.com), an organization that consults with artists and road teams, and the management companies who support them. Red Barn’s mission is to bring structure and organization to life on the road, and to build strong teams in the entertainment and touring industries.