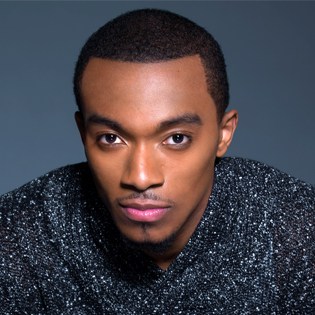 What was born in his dorm room in the presence of a few friends has graduated to Christian music’s biggest stage picking up fans like Stevie Wonder, Lalah Hathaway, Kirk Franklin, Cece Winans, Nicky Minaj and Tori Kelly along the way. And Jonathan, now 27, did it with an incredible voice and a beautifully honest approach to songwriting. His latest full-length album Life Music: Stage Two features another superstar fan and friend in India. Arie and remained #1 on the Billboard Gospel chart for 4 weeks. It then went on to grab a Grammy nomination, multiple Stellar nominations and a Dove Award win. He brought on yet another popular R&B talent, Tweet, on his latest EP Sessions. This unannounced, surprise release reached the top of the iTunes Christian chart in one night.

According to the Chicago native, Life Music is everything he’s truly about. My albums are about being authentic and genuine, pure and transparent. That’s who I try to be as a person, he says. I’m direct, I’m blunt. I’m not a fan of church clichés and ‘Christian-ese’. Life Music is concerned with showing others and reminding myself how the Faith doesn’t just fit every part of life, but should frame every part of life.

In May 2015, Jonathan attained his Masters of Arts in Biblical Studies from Moody Theological Seminary. His contribution to society outside of music is important to him as well. With that, he is an adjunct instructor at his alma mater Columbia College, an official contributor to Huffington Post, his own blog LifeRoomTalk.com and the founder of Elihu Nation, a nonprofit organization that promotes wisdom in his generation of millennials and recently awarded $9k in scholarships.

His appeal stretches across generational, cultural, and musical lines. It is shown in the buzzworthy performances that have marked his last four years including BET Celebration of Gospel with India. Arie, Essence Fest (2014, 2015), 106 & Park, Stellar Awards (2014, 2015), Joyful Noise, Revolt TV Live, and the Dove Awards. In addition to headlining monster shows as far as Oslo, London, and Port-of-Spain, Jonathan has toured with India Arie and Lalah Hathaway. In 2016, he joined a lineup of gospel music’s elite on the national McDonald’s Inspiration Gospel Tour and began his own Life Room living room tour. With Anthony Brown and Travis Greene, Jonathan will begin a national Live Nation arena tour at the top of 2017, the first of its size with this generation of gospel artists.