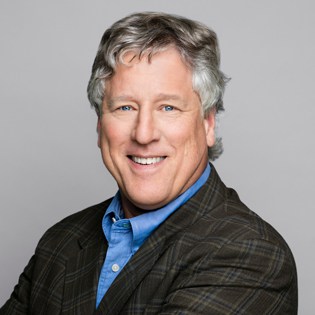 Huie began his career at CAA in 1992, joining Ron Baird in opening the first satellite office for CAA.  Since that time, the CAA Nashville office has grown to become the dominant industry force. He has helped guide the growth of the agency’s Music City operations from two employees to more than 80 agents and executives specializing in booking, tour marketing, and brand partnerships.

In 1978, Huie began his career in Macon, Georgia, at The Paragon Agency, where he booked tours for acts like the Charlie Daniels Band and The Allman Brothers.  After a year, he moved to New York City and opened Frontier Booking International (F.B.I.) with Ian Copeland.  While at F.B.I., Huie was instrumental in breaking artists such as The Police, The GoGo’s and Joan Jett.  In 1984, Huie left F.B.I. and created his own agency, H-1, where he led the Contemporary Christian music industry in crossing over artists such as Amy Grant and Michael W. Smith into mainstream appeal.  In 1987, H-1 was purchased by International Creative Management (ICM) and Huie moved to Los Angeles where he ran ICM’s Contemporary Music division for five years.

In 1999, Huie won a Grammy Award for Best Southern, Country, Or Bluegrass Gospel Album for THE APOSTLE soundtrack for which he served as a producer. He has been honored numerous times throughout his career, including being named Pollstar’s Third Coast Agent of the Year eight times. In 2015, he was inducted into the Georgia Music Hall of Fame.

Huie serves on the Country Music Association Board of Directors and CMA Foundation Board, whose focus is music education.  He is President of the Southern Chapter of the T.J. Martell Foundation for Cancer Research.  He serves on the Jack and Jill Foundation, Hope Clinic for Women, Nashville Symphony Council and is on the Advisory Board for Lipscomb University’s College of Entertainment & The Arts as well as Porter’s Call, a counseling service for Artists.  He is Chairman of Ryan’s Guitars Project/St. Paul’s Foundation, which provides guitars and music lessons to underserved youth in the Middle East.