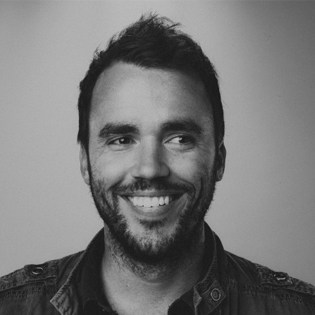 At his core, Jeremy is an artist. Starting out as a painter first, Jeremy fell in love with the creative process. He then went on to study graphic design in college and founded his own graphic design company, Pixelgrazer, in 2001. Jeremy really only began taking pictures to bring texture into his design work. But before he knew it, he realized that photography was his true passion. So in April of 2005, Jeremy switched over to it full time and he has never looked back. In a relatively short amount of time, Jeremy earned the respect of artists, photographers, and celebrities alike. Now hailed as one of the trailblazers in the industry, Jeremy sees photography as a natural extension of his passion for the arts.

Jeremy also spends his time on community projects, brainstorming innovative ways to use his camera to make an impact. In January 2010, after the devastating earthquake in Haiti, Jeremy responded with his “Voices of Haiti” photo essay, letting the people of Haiti write their own thoughts and prayers on found rubble. This project was displayed prominently at the entrance of a very important gathering of world leaders at the United Nations in March of 2010. They were meeting to discuss the rebuild of Haiti and they ended up pledging ten billion dollars to the effort. On that day, Jeremy’s “Voices of Haiti” project proved that art can help change the world.

Knowing the value that a photograph can have in just one person’s life, Jeremy also founded Help-Portrait, a worldwide movement of photographers using their time, equipment, and expertise to give back to those less fortunate. On December 12, 2009, the first world-wide Help-Portrait event provided free portraits for over 40,000 people in 42 Countries. Those numbers have increased significantly over the last 2 years, with 169,523 photos given to date in at least 56 countries. Help-Portrait continues to grow, encouraging all photographers to use their platform to make a difference with their cameras.

Lastly, Jeremy’s speaking and teaching career has taken off as he spends his time annually traveling around the country speaking at conferences like TEDx, Catalyst Conference, Photoshop World, WPPI, Google Plus Photographers Conference, Photo Plus Expo and many more. He has also hosted 2 of his own LifeFinder Tour’s that have taken him all across the country. His LifeFinder Tour is based on his educational DVD, LifeFinder. Jeremy is also an instructor for Scott Kelby’s “Kelby Training” and has released 3 classes on the Kelby Training website.