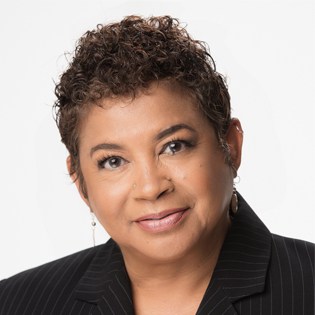 Jackie Patillo’s professional journey tells the story of one who is consistent & determined. Patillo successfully launched her career serving artist and developing Christian and Gospel products at Star Song Communications. There she signed and developed Phillips, Craig & Dean and Sierra. Patillo was promoted to Vice President of A&R in 1995, and later launched Star Song’s gospel division. Patillo was recruited to season the A&R department at the Benson Music Group, in 1997. At Benson, Patillo continued to forge her reputation in artist development (Natalie Grant). New opportunity came in 2001, when Integrity Music hired Patillo as General Manager of the Gospel music division. There she built on Integrity’s foundation; with the launch of Integrity Gospel, the new label home for all gospel and urban praise and worship albums. With artists: Joe Pace and The Colorado Mass Choir, Israel and New Breed, Alvin Slaughter, Lisa McClendon, and Stephen Hurd.

By 2006 the road turned to New York City, when Max Siegel called on Patillo to be VP of A&R and Artist Development for Verity Gospel Music Group (Sony Music) and head up the creative division for the largest gospel company in the world. In an ever changing music industry environment, Patillo rebuilt the department personnel and quickly saw the gold record success of Marvin Sapp with his crossover hit “Never Would Have Made It“. Patillo has facilitated the recordings of Verity veterans Donnie McClurkin, Kirk Franklin, Byron Cage, Kurt Carr, and Dave Hollister to name a few.

Patillo exited Verity in late 2010 and is currently the Executive Director of the Gospel Music Association. “Gospel music is more of a calling than a job for me. I am totally aligned with the mission of the GMA and am honored to serve those who are called to spread the gospel through music.” says Patillo.