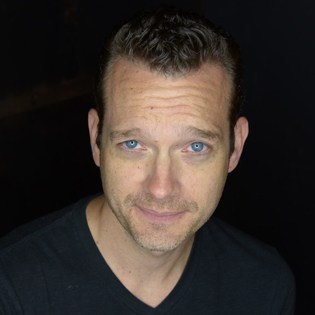 Everyone has a talent, a gift; an ability that makes them exceptional. Among these gifts, the most remarkable is the ability to recognize the extraordinary in others. In the worlds of music and entertainment, there are only a handful of these ‘talent detectors,’ and of this small community, only a select few have been as consistent and successful, as the exceptional Greg Lucid.

Growing up in the suburbs of Cincinnati, Ohio, Greg recognized early on the persuasive power of an artful message. Applying himself to harnessing that power, he attained a recording engineering degree at Florida’s prestigious Full Sail University. Next, focusing on the message itself, Greg attended Asbury University. There, he made the ‘lucid’ discovery that his skill was not in the art of performing on stage, but rather in the artful staging of a performance. Armed with this breakthrough, he shifted his sights to a degree in Media Management. And upon graduation, Greg Lucid was ready to generate some influence of his own.

Greg’s first desk job was in the broadcast administration offices of SESAC, where his energy and attention to detail soon earned him a hands-on position in booking artists and tracking both radio and retail sales.  In no time Greg’s experience and skill developed to such a degree that he was offered an associate manager spot with Mitchell Artist Management. In that position Greg Lucid blossomed – evidenced by his role in the rise of the boy band phenomenon, Plus One.

The next step on Lucid’s ladder of success came with the esteemed Nashville-based company TBA Entertainment/Mike Atkins Entertainment. There, Greg played a key role in staging the tours of artists such as, Point of Grace, FFH, Wayne Watson, Scott Krippayne, Chonda Pierce, Jaci Velasquez, Anthony Evans, Kristy Starling and 4HIM. Also, as a day-to-day manager, Lucid guided the careers of two out of the three best-selling female solo artists in CCM history – Sandi Patty and CeCe Winans.

With an ever-growing roster of talent to his credit, Greg performed some artful staging of his own, launching Lucid Artist Management (LAM), a company dedicated to recognizing and harnessing the extraordinary in others. Propelled by that creative mandate Lucid expanded his line-up to include not only music, but magic, too; guiding the careers of recording artists Mark Schultz, Cindy Morgan, William McDowell, Salvador, and Master Illusionist, Harris III.

More than a manager, Greg Lucid has simultaneously staged a few marketing coups, too. As a distributor, he has consistently and successfully by-passed traditional channels to create unique paths to the marketplace. Touting direct sales of over 1 million physical units, Lucid has distributed to date thirteen (13) #1 chart-topping records, including

Bluetree, Richie McDonald, Nicole. C. Mullen, Jim Brickman, Mark Schultz and Jenny Owens, as well as winning a Dove Award of his own, for executive producing the platinum selling DVD, Mark Schultz –Live: A Night of Stories and Songs. And most recently Greg branched out, yet again, filling the shoes of Executive Producer on his first cinematic endeavor; the combination Live action/short film DVD, “Entangled – For Everything There Is A Key,” starring Master Illusionist, Harris III.

Always looking for new ways to artfully stage the worlds of music and entertainment, Greg carved out a division of LAM called, Lucid Creative Services; a collection of gifted professionals from every facet of entertainment, dedicated to the goal of creating the extraordinary.  Each of the team’s hand-picked artists, photographers, web designers, writers, audio/video editors, directors and producers are capable of tackling any project; from websites and books, to Live stage, TV, and feature film production.

Greg Lucid’s insights and integrity have already garnered the attention of the influential. Invited into the inner circle of The Gospel Music Association (GMA), Greg has served in key positions on boards such as the Industry Committee, Registration Committee and the historic Hall of Fame Committee.  He has been honored with a place on the Alumni Board of his alma mater Asbury University.  And he has recently become one of the youngest members to serve on the prestigious David C. Cook board of directions, which includes Integrity Music and David C. Cook Publishing.

If everything you do prepares you for everything you do, then Greg and his creative team are more than prepared for what’s next. On the horizon are a series of new Lucid concepts; ranging from fund-raising innovations, and the marketing of motivational art, (to those who need daily encouragement), to a fresh approach in distributing necessities to the needy, through organizations like Food For The Hungry.

“I am not conventional in the way I work a business deal or create a new product,” Greg explains, “The old guard and the old way of managing entertainment brands is changing at a rapid pace.  If we continue to do business using old school models, we will soon find ourselves out of business… I look for the creative, then promote it – creatively.”

Everyone has a talent, a gift; an ability that makes them exceptional. Greg Lucid’s endowment is not just the vision to see the talent in others, but also the insight to recognize the potential gift in every opportunity.