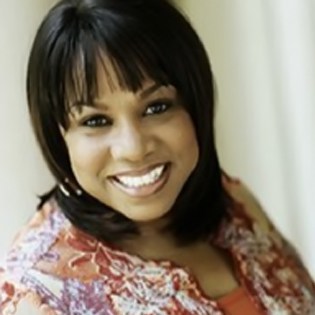 Demetrus Alexander hails from Nashville, Tennessee.  She has been singing most her life and landed notoriety in the gospel music world.  She spent a major part of her life as a professional singer performing with such artists as Darryl Coley, the late O’Landa Draper, The Winans and many others.

In March of 1990, Demetrus was hired as a receptionist for Warner Alliance Records (the gospel division of Warner Bros Records) thus beginning her climb from gospel promotions director, to starting the now named Verity Records for Jive Records in New York.  After a short stay in New York she was summoned back to Nashville to become VP/General Manager for Warner Alliance afterwards named as VP of Gospel at Atlantic Records.  Currently Mrs. Stewart serves as VP of Operations for CW Entertainment, a full service entertainment company owned by CeCe Winans and a former Trustee and current chair for the National Association of Recording Arts and Sciences assisting in the procedures for nominations and categories for the Grammys.

She has assisted in the making of careers of artists such as Beverly Crawford, the late O’Landa Draper, Bishop Carlton Pearson, Donnie McClurkin, Take 6, Jonathan Slocumb, Kirk Whalum, CeCe Winans, Vicki Yohe and others and has worked in the gospel music industry now for over 20 years.  She is a past member of the Board of Governers for the Nashville Chapter of NARAS and a past member of the National Board of Trustees for NARAS.