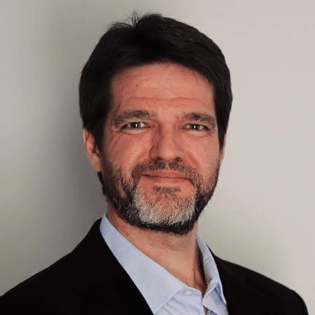 Having over 20 years professional experience in the entertainment industry, Green currently serves as Senior Creative Director for Daywind Music Publishing where he oversees the day-to-day management of their staff of award-winning writers and producers focusing on multiple genres including Christian, Country, and Film/TV. Green is also responsible for the re-launch of Daywind’s Vital Records, releasing a series of worship compilation albums including the Dove nominated Vital Worship: Songs for the Living King, Vol. 1, Songs for the Living King Vol. 2, and Vital Christmas: Dance of Joy which focus on servicing songs from and for the local church. In addition to releasing various offerings from touring worship leaders, more recently Vital has released the latest album from Kerrie Roberts (Boundless) and the debut album from rock group As We Ascend (Farewell to Midnight). In 2016 Green signed Country super group Shenandoah to Daywind Roots and released their first ever Christian Country album, Good News Travels Fast, receiving two Dove nominations.

Previously Green has served as A&R/Industry Relations for Canadian country record label, MDM Recordings as well as Creative Director for Word Music Publishing where he was a key team member in helping earn the prestigious honor of BMI Christian Publisher of the Year for 2013. Prior experience also includes serving on ASCAP’s executive staff for over eleven years as Nashville Membership Representative where he was responsible for signing and developing numerous hit songwriters and publishers. He also oversaw the educational seminars for the Nashville office and created and implemented the successful ASCAP Writers Series workshops.

Prior to joining ASCAP, Green held positions at BMI, Mike O’Rear Music Publishing, and Crossfire Entertainment. Chad’s music industry experience began as a performer in Muscle Shoals, AL where he spent over a decade fronting various bands. Green holds a B.S. in Commercial Music from the University of North Alabama and a Master of Science of Management from Trevecca Nazarene University. He is a member of GMA, CMA, and NSAI and a 2012 graduate of Leadership Music. He currently serves as an adjunct instructor teaching music industry courses at the University of North Alabama.