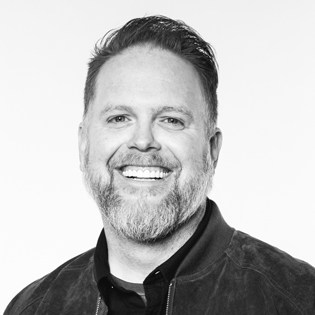 Bart Millard, best known as the front man of award-winning Christian group MercyMe, is also an acclaimed songwriter and artist in his own right. The iconic song “I Can Only Imagine,” written solely by Millard, made history in 2014 as it surpassed 2 million digital downloads, making it the first song in Christian music to go platinum and double-platinum in the digital domain. A major motion picture titled I Can Only Imagine depicting Bart’s story behind the song is scheduled to release in the spring of 2018. In 2009, Billboard named MercyMe’s “Word Of God Speak,” co-written by Millard, the No. 1 Song of The Decade in both the Christian Songs and Christian AC Songs categories. The songwriting talents of Millard and his fellow band members have made MercyMe a radio mainstay, yielding 27 No. 1 multi-format Christian radio singles and four consecutive mainstream hits. Not only has MercyMe won numerous GMA Dove awards, several American Music Awards, and received multiple GRAMMY® and Billboard Music Award nominations, but Millard himself received a GRAMMY® nomination for his solo project Hymned Again, a follow up to his first successful solo outing, Hymned. MercyMe released their ninth studio album, Lifer, in March 2017 which includes yet another chart-topping hit “Even If.”