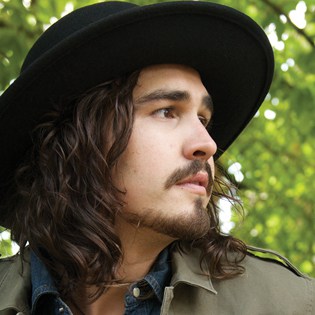 Some years from now, the name Jordan Feliz might be the obvious answer to a trivia question that goes something like this:

What artist launched his career as a hard-touring heavy metal singer, then switched gears to become a church worship leader, before finally signing a Nashville record deal and making his mark as a songwriter and soulful R&B-groove-pop artist?

Well, if the question comes up some day, you’ll already know the answer: Jordan Feliz.

Fronting the West Coast buzz band A Current Affair gave Jordan’s powerful vocals some major exposure right out of high school. The band performed on the Warped Tour and other high profile gigs before dissolving. But heavy metal was never Jordan’s passion; it was just a fun experience with his friends to grow musically. As a child, Jordan grew up with R&B artists like Sam Cooke and Earth Wind & Fire providing the soundtrack to his frequent road trips to a ski resort with his family. Artists from what his father called “the good music era.” Those were the sounds and stylings that stuck in Jordan’s musical memory and by the time he was old enough to realize that his own singing voice was a gift, it was those early groove-funk-soul singers that had shaped his personal aesthetic. If he was going to make records, those were the kind of influences he wanted to draw from.

After his move from California to Nashville, Jordan was invited to participate in an unsigned artists retreat hosted by Centricity Music. It was the combination of Jordan’s nuanced vocal abilities, the freshness of his retro-influenced melodies and songwriting, and his warm, enthusiastic personality that spurred label execs to take a closer look and ultimately sign him.

Having just navigated a long and rocky transition after leaving the security of his local music connections, a church staff position, and moving from California to Tennessee, Jordan Feliz and his wife experienced firsthand what it means to learn to rest in the simplicity of faith in a Father who daily provides for the needs of His children. In fact, they set out from California without even enough money to make it past Phoenix. But along each leg of the journey some music gig opened up that provided enough funds to drive the next leg. By the time they reached their new home, Jordan had actually made several hundred dollars from the move.

“We believed God had made it clear from the beginning we should move to Nashville,” Jordan says, “but that didn’t mean it was easy. After we got here I couldn’t find a job. My wife and I were sharing one car. I was posting handyman ads on Craigslist and working as a valet downtown. I could hardly get any people to write songs with me. Then we found out we were pregnant and there was so much that seemed up in the air and kind of scary. In the last few months though, it’s just been like this whirlwind of good things falling into place. I signed the record deal with Centricity Music in February of this year and I finished the Beloved record July 5th. Then, I actually won a brand new car, completely out of the blue, right before my daughter was born July 20th. My first single went to radio July 31st. After so much difficulty and uncertainty, God answered our prayers. He is there for all of us and all we have to do is remain faithful.”