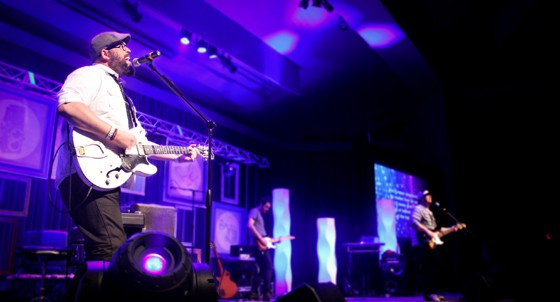 Writing a great song can be difficult work. You want to keep your listeners engaged from the opening line to the final chord. A hook comes, a fresh perspective on a timeless idea. You’re inspired and the creativity is flowing. You can feel a great song coming to life and that energy and excitement carries you all the way through a verse and a chorus. Then it hits: the second-verse-curse. It happens to everyone who has ever tried to write a song but there are ways to work through it or even avoid it altogether. Here are some tips when you’re stung by the 2nd verse curse.

1. Outline your song at the beginning of your writing process.

Song outlining gives you the chance to explore several directions before you start committing to structure and rhyme options. Try a variety of ways to approach the Big Idea of your chorus or tell the story and then move the pieces around until they have the greatest impact.

2. Force yourself to think linearly (the way listeners hear a song).

Now that we’ve established the linear development of your song, consider this; If you have started your writing with the hook or even the whole chorus first, you may have inadvertently written your first verse as a response to the chorus. Or you might have written your first verse based on where you know (as the writer) the story is going. Try using the first verse you wrote as a second verse and re-approaching the first verse with a fresh perspective. Ask yourself, if I didn’t know the chorus was coming, what would be the first chapter of this story.

This one is less common and requires the skill of a deft lyrical craftsman. A duet often walks this road. Introduce a new character to give us a new perspective on the chorus when it repeats. This option might only work 1 out of 10 times but maybe NOW is that time. Give it a try.

Don’t settle for a mediocre second verse. You were made in the image of The CREATOR and He deserves your best so dig deep and craft great songs that reflect His beauty and power.

This site uses Akismet to reduce spam. Learn how your comment data is processed.