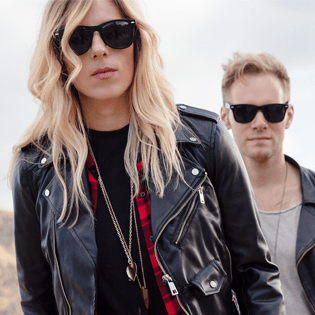 Winnipeg-born Love & The Outcome (L&TO) is the husband/wife duo of Jodi King and Chris Rademaker. The couple signed to with Nashville, TN-based Word Entertainment in Spring ‘12 and have quickly emerged as one of the most dynamic and exciting new voices in the Contemporary Christian Music (CCM) genre.

L&TO’s eponymous 2013 debut LP came on the heels of their debut single as Love & The Outcome, “He Is With US”. The song peaked at #7 on Billboard Christian Songs chart and has sold 121k copies in the US to date, racking up another 3.5 million streams on Spotify and 5 million views (cume) on YouTube. The song was Billboard Magazine’s #22 song of the year in the genre, the second highest charting single by a new artist in the history of the format and earned a 2014 ASCAP Award for Song of the Year. Their debut LP has sold over 80k life-to-